Is organic food actually better for you?

Is organic food actually better for you? 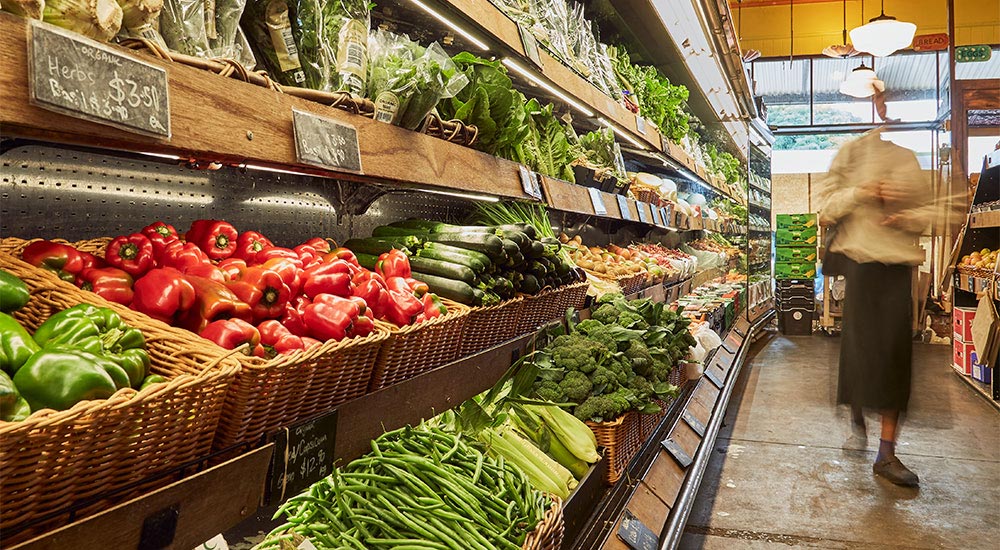 We dive into the benefits of organic food

We get asked a lot whether organic food is truly better for you.

Admittedly, we're a little biased. But we know it's important that our community is educated, so that we can make informed decisions about our everyday purchases. That's why we've done the hard yards to find out whether organic food is actually better for you.

What the science says for your health

The verdict: The science on the nutritional benefit of organic food over non-organic food is inconclusive, however certain studies have found organic fruits have higher levels of antioxidants compared to their conventionally-farmed counterparts.

Many of us purchase organic because of health reasons. It's difficult to get a clear-cut answer on the scientific benefits of buying organic, primarily because the nutritional value and qualities of fresh products varies widely, regardless if the produce has been organically or conventionally farmed.

Certain reviews including this 2014 study found that organic fruits had higher levels of antioxidants compared to conventionally farmed fresh fruit. There is no significant research on the antioxidant difference between organic and non-organic vegetables or cereals.

However, the ABC reported Tim Crowe, a nutrition scientist at Bond University, said there was essentially no definitive research proving that organic food was more nutritious than conventionally farmed produce, given the variation in climate, soil and processing conditions.

What about the pesticide situation?

Organic crops are synthetic pesticide-free, which is an attractive alternative for those who are after completely pesticide-free produce.

The facts on the environment

The verdict: Organic farming doesn't use water-soluble nitrogen and phosphorous fertiliser, which both have significant environmental impact. However, organic farming does yield lower product over time and requires more land.

Another main reason shoppers buy organic is for sustainability, with many of our customers believing that organic farming is less harmful to the environment than conventional farming practices.

The key difference between organic and conventional farming is that organic farmers cannot use water-soluble nitrogen and phosphorous fertiliser. Therefore, the environmental impact involved with the use of these two products isn't applicable to organic farming and organic produce.

However, as organic farming yields a lower product, more land is required for growing and farming.

The verdict: Organic food products cost a little extra, but we strive to make your organic grocery shopping as affordable as possible at Terra Madre. And we reckon it's worth the extra dollars.

In general, organic produce will retail at a higher price than conventionally-farmed produce as products take a longer time to grow, so there are more costs involved which is passed onto the consumer.

At Terra Madre, we've been committed to keeping prices affordable since opening our doors in the 1980s. We consistently keep costs low by buying locally and purchasing the highest quality organic products in bulk.

It means we can pass savings onto customers to make it even easier to choose organic produce—because we believe organic should be accessible to everyone.

We reckon it's worth the extra dollar or two, and our customers tend to agree.

Generally, there hasn't been a huge amount research tracking the difference in taste between organic and non-organic food. Colloquially, it's difficult to argue against the fresher, sweeter, sharper flavours of fresh organic fruits and vegetables.

We spoke to the owners at Happy Matcha an Australian business that produce certified organic matcha tea from the Uji region in Japan and they said that their customers swear by the creamier taste of organic matcha. Quotes like this are common but always subjective with no scientific evidence to support the stance. Since all produce has been slow-grown with patience and love, one thing is for sure, and that is that all of our delicious organic food products are of the highest quality.

If you have any further questions about our retail stores, range, wholesale or delivery service, please get in touch and we'll be happy to help. For more information on all of the products and produce we stock, head to our homepage.

What's the difference between organic and Australian Certified Organic?

Australian Certified Organic food has been tested and approved by the ACO certification body, which guarantees the organic integrity of organic food products.

Read about it
Organic
By
Terra Madre

This page explains everything you need to know to shop for gluten free and dairy products in Australia. We explore why people are going dairy free and gluten free, food alternatives, and more.

Read about it
Organic
By
Terra Madre

Read about it
See all related articles